i´ve found a few days ago some „withdrawn from service“ 😉 Telekom (uarghh ;-( )  Media Receiver 303A->was first interested in the internal HDD->500GB Seagate, but have seen then this has also a built-in 12V/3A power-supply and its from the dimensions almost ideally as some Raspberry Pi4-ES9038Q2M-audiostreamer !! (not soo big) 😉 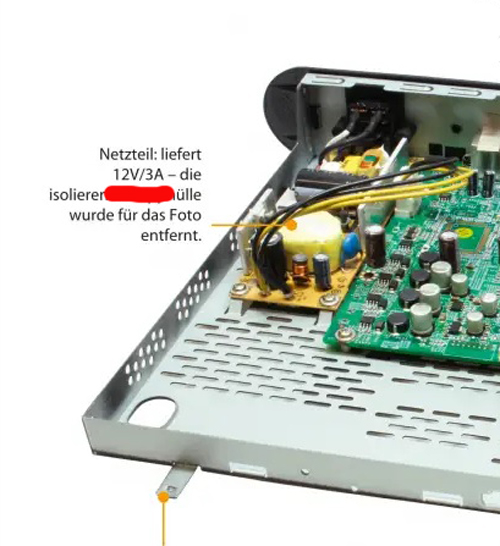 found then an easy way to connect some to an ESP32 via I2C and via some „web-remotes“ (see other posts here „Project-1“ etc..) we can select via some photocoupler/relais the inputs of the ES9038Q2M (Coax,Toslink, I2S/USB), adjust the hardware-volume, filter-selection and so on and can display the settings on the display/LCD1602) !! 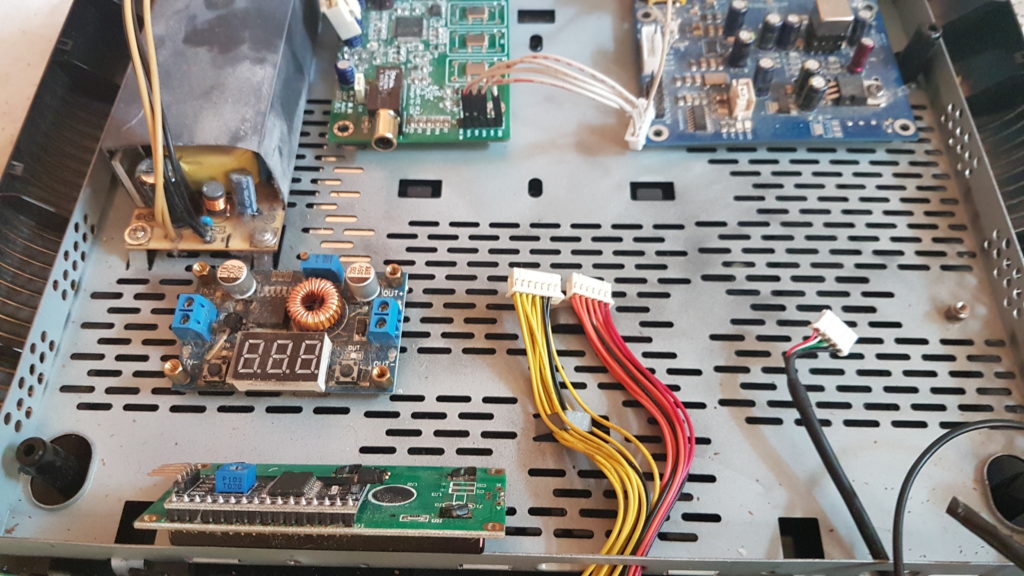 as said, here at first testing-out some aspects/parts for it and a first result by example is that these 3A makes the „blue“ ES9038Q2M absolutely a little bit „airy(ier); had before some 2A power supply (12V).. 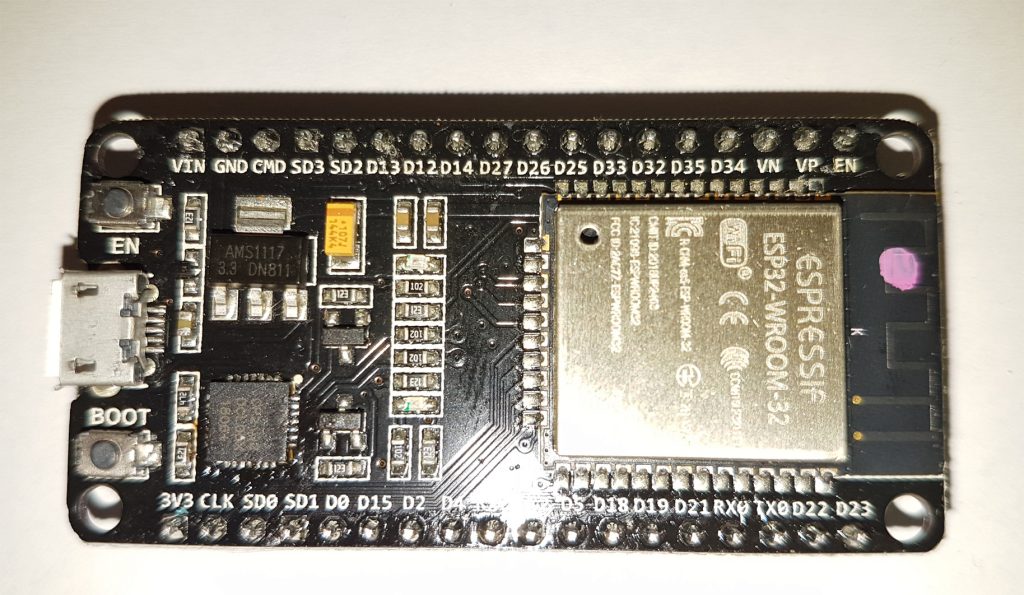 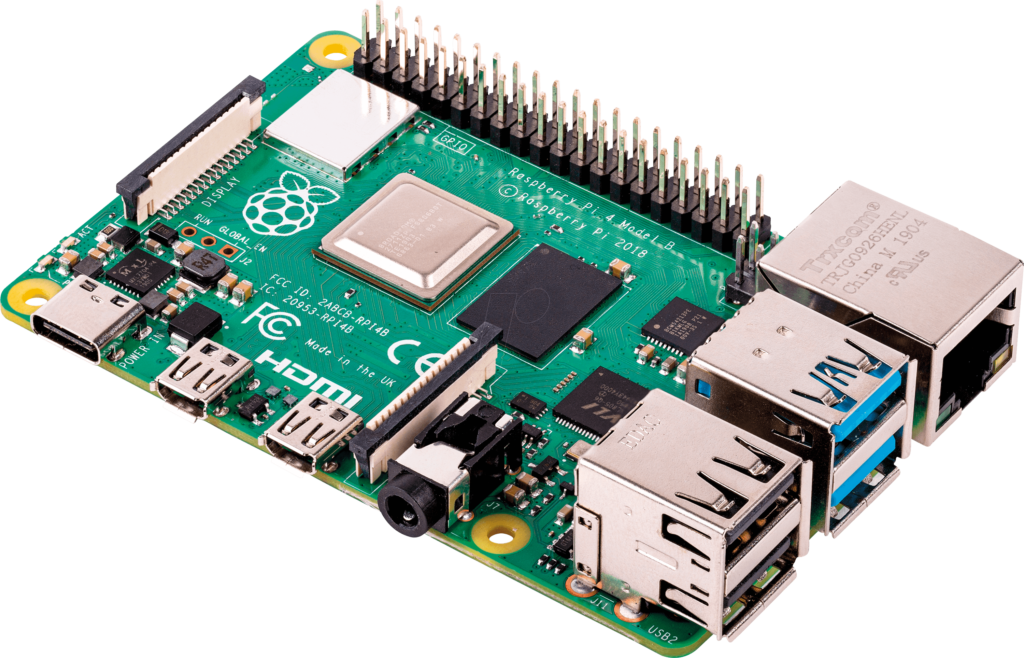 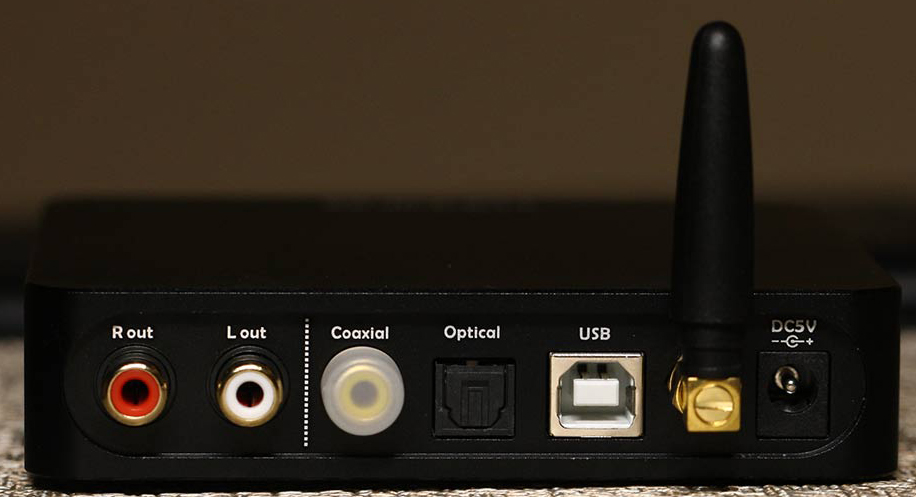 the D50S (in opposite to the D50) a built in BT-modul (was at first sight, in aspect to the „ultimate hi-fi“, is not soo good) but also comes with a remote-control + had made some improvement „soundwise“, means they solved the „IMD ESS hum“, where at mid-levels, intermodulation distortion suddenly rises“..

also they made some minor sound-improvements (all in the article)..

as said for only 200$ (190$ if u first join massdrop via these essabre-links here(„Xavier“)) its maybe worth a try..
so and as lately said that the onboard spdif-conversion (on the ES9038Q2M) is not so optimal we have to look for an alternative and also somebody said at my praised diyaudio.com-forum->Link that „..upsampling to DSD is always better concerning thd/snr and so on, because of eliminating/move the noise in an unaudible range..“ and to reduce jitter i´m thinking about to buy some SRC4192..(SNR= 768khz, DR: 186dB !! ● THD+N: -150dB ) -> http://essabre-90xx-rpi.sfb2.com/?p=1833 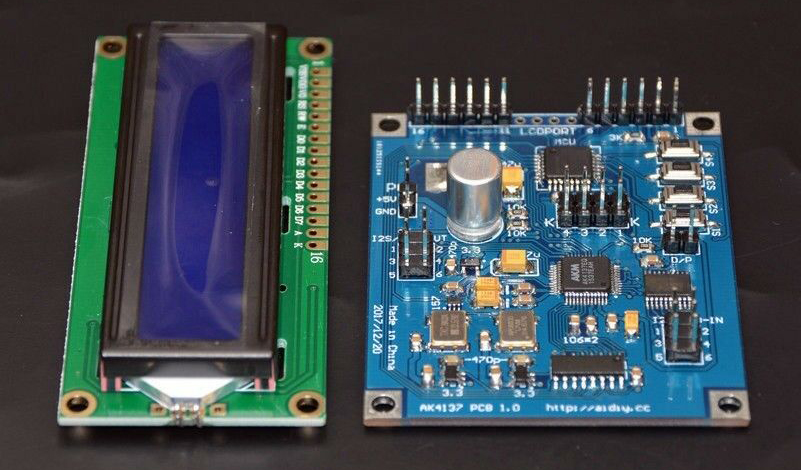 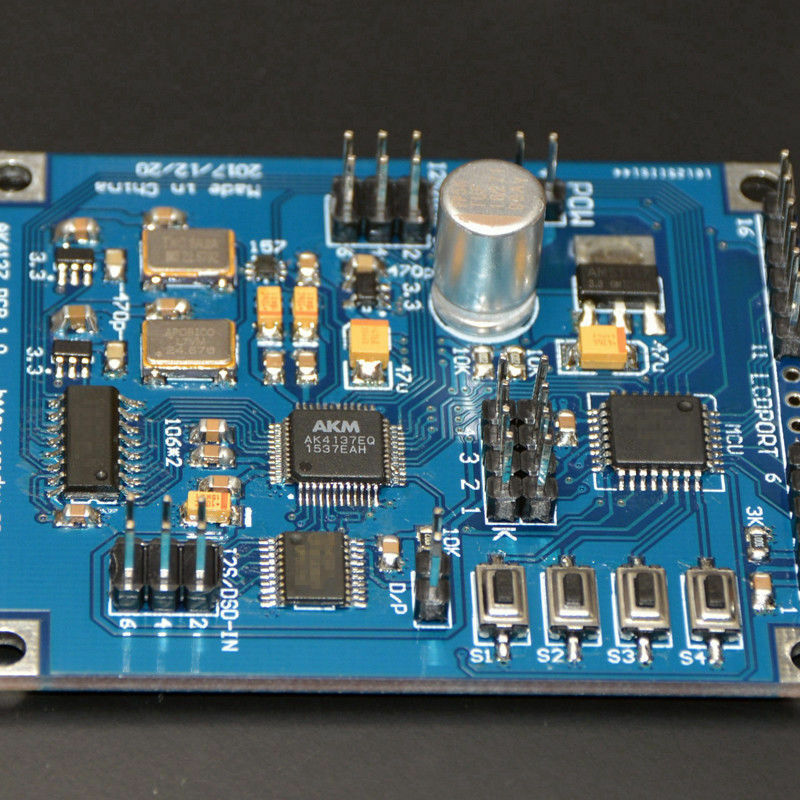 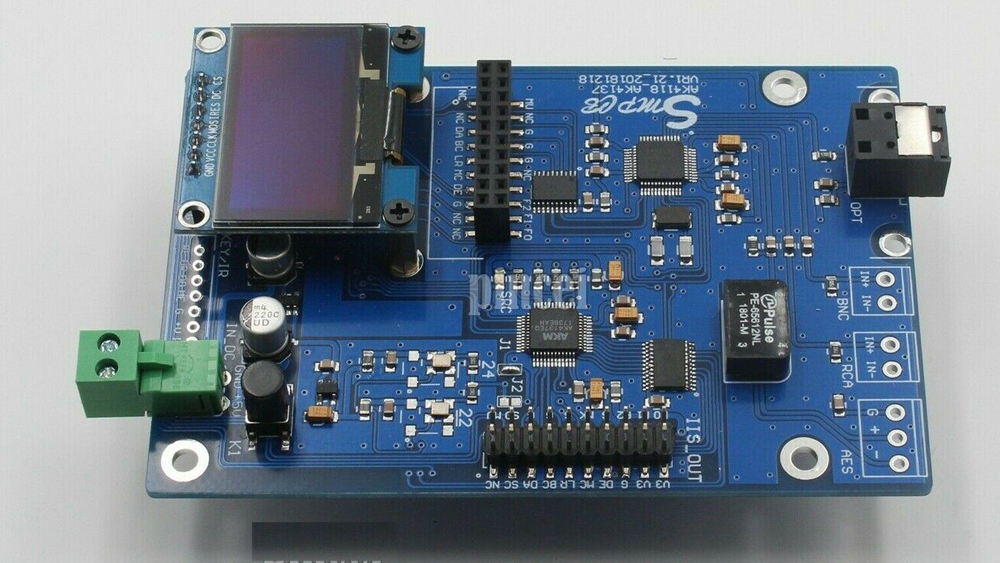 my goal at present is to raise the sq directly from a transporter via spdif and then maybe upsampled, but still more jitter-less to feed it in the ES9038Q2M..

will maybe then report more about it..

by that the raspberry 4B+ is out and so on..maybe then more,

so, 😉
essabre-90xx-rpi.sfb2 has finally moved..was a bit more work then expected, right now i´m not 100% satisfied with the result->had btw. to change the symlinks-structure in wordpress, so some pics/categories will have another url + the „direct“-forum-link (at the top) has changed to a „2-click-experience“ 😉 + some minor changes, but overall i think its now a little bit faster + on a newer OS + a newer php-version..

second i´ve ordered some SSD1306 mini-tft-display test-wise some months ago, set it up on the third !! Arduino Uno finally (i´ve ordered 2 other Unos „in-a-row“ and they were both damaged) and got the following result (for u to see it in real life, to maybe get some ideas for your DIY-DAC).. 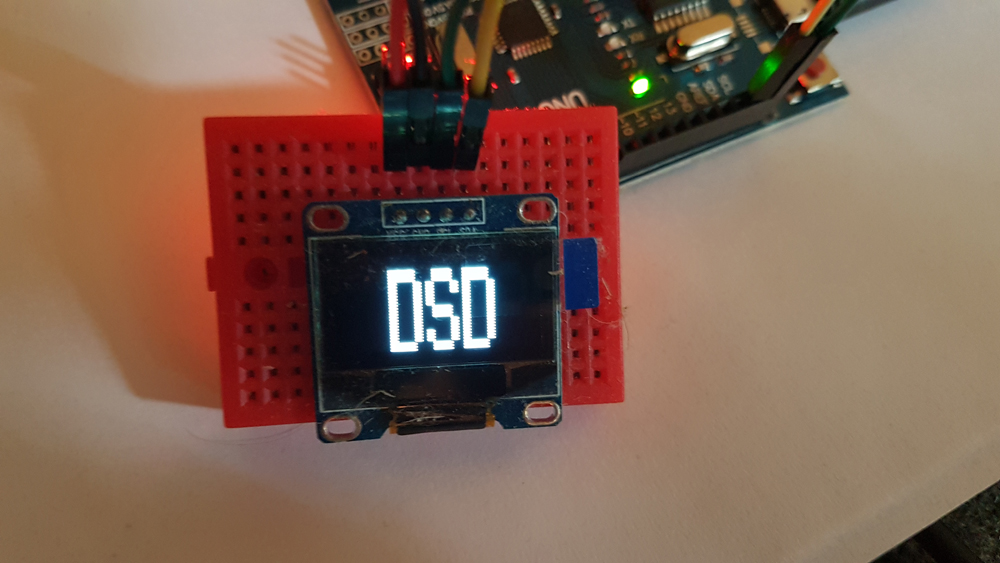 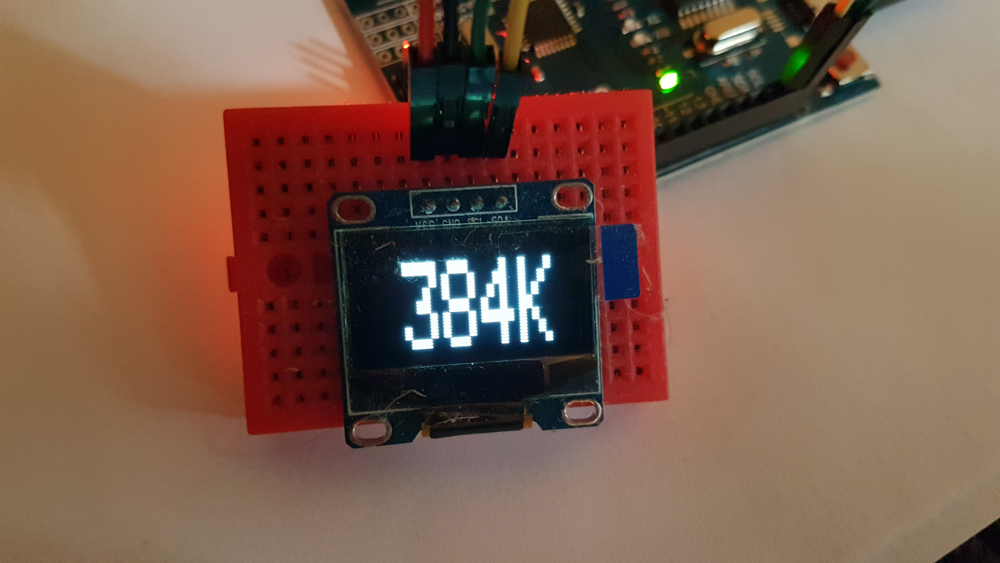 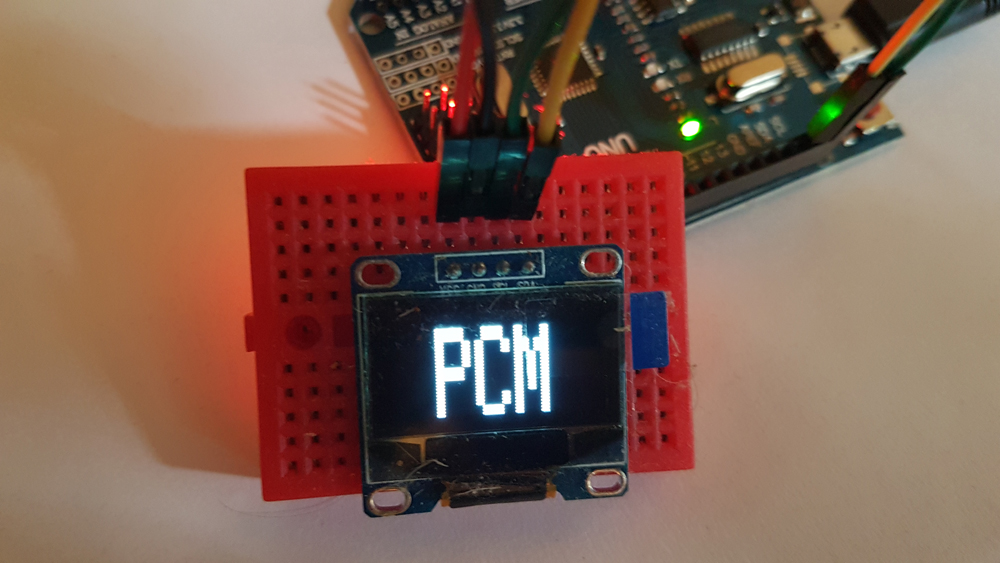 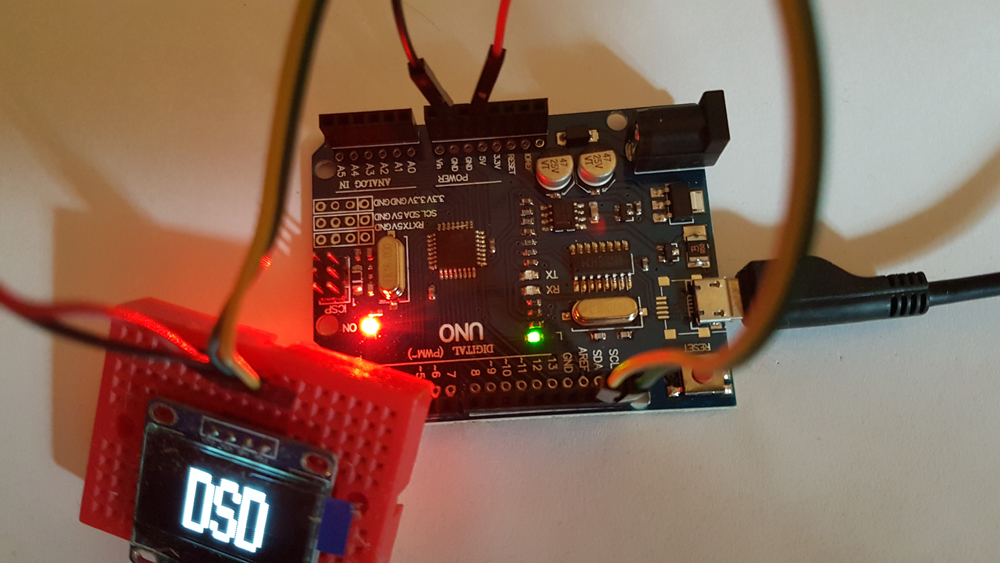 third got by chance some really simple ESP32 Bluetooth-serial tutorial on „Random-Nerds„; ( 😉 ) maybe interesting for you->https://randomnerdtutorials.com/esp32-bluetooth-classic-arduino-ide/
fourth no new Volumio-version is out and a new drop is the SMSL-SU 8 Version 2 with two (dual) ES9038Q2M for 200$ instead of 250$->Link

fifth, no other news concerning the ES9038Q2M, nothing spectacular in the diyaudio.com-forum about it->https://www.diyaudio.com/forums/digital-line-level/314935-es9038q2m-board-446.html
sixth i´m still planning to buy some 15V-0V-15V toroidal transformer and for the case i was looking for some „3D-printer“-layouts/submittals; had found a site (don´t know the url right now) and maybe we could make a new „thread“ here or at the forum, for some „3D-printer“-submittals for the case !! 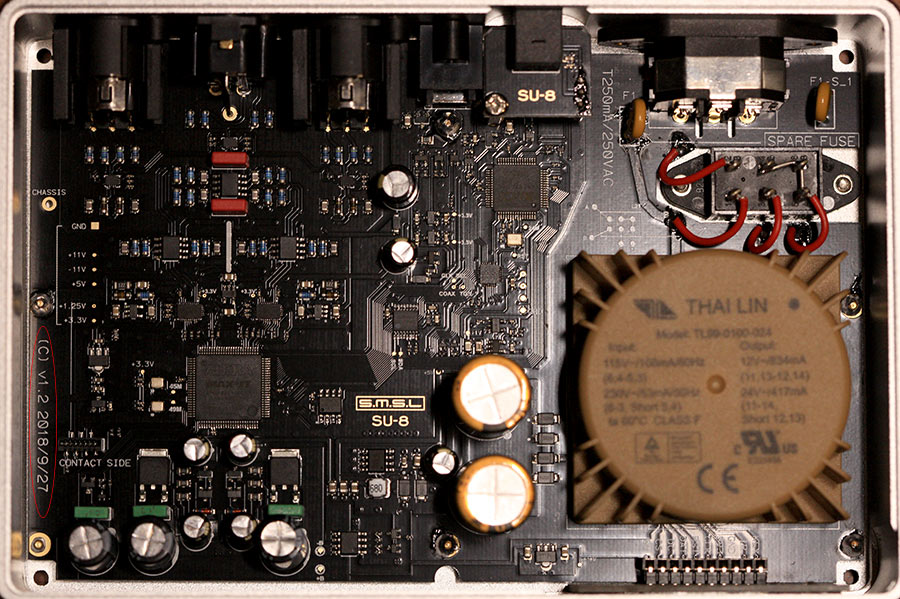 („display-wise“ its not soo great, but for all these problems we have here on essabre-90xx-rpi „tons“ of display-tuts and possibilities (for DIY)) 😉

Driver (Shenzhen-Audio) are here (XMOS V4.47)->https://download.shenzhenaudio.com/Smsl/SU-8_v4.47.0.zip
and an review is here ->https://www.audiosciencereview.com/forum/index.php?threads/smsl-su-8-version-2-balanced-dac.5433/
interesting at this review is the following „SINAD„(some distortion-/noisemeter)-diagram, with some „oppononents“ like Benchmark DAC3, Schiit Modi USB, Chord Mojo, Katana, Auralic Vega and such->

essabre-90xx-rpi.sfb2.com-wise its a little bit on „hold“, just ordered (as said before) some Burson V5i-D and can then report about the Op-Amp and the „general“-massdrop-experience..

greets from here for now and stay tuned !! 😉
SFB2

interesting is the separation from the device + power supply..
it is the same principle as maybe earlier with the Mission Cyrus Amps 1-3 with an extra PSX which cost the same !! (and i had luckily here) and which remind us of the great importance of a clean, strong power supply !! 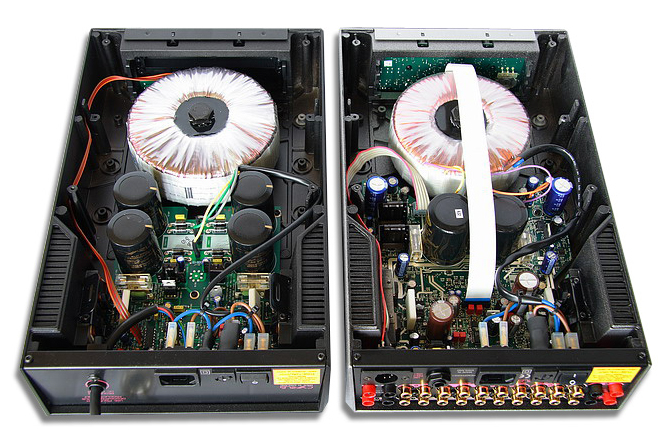 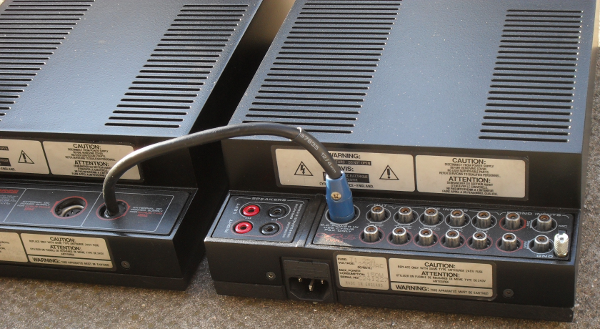 so, 😉
in visiting this great,great, diyaudio.com-forum (as said a million times before and link also in the „sidebar“)->https://www.diyaudio.com/forums/digital-line-level/314935-es9038q2m-board-338.html we have now here first a new „Dual ES9038Q2M-DAC/board„; it has also „a lot of shit“ as a bluetooth-receiver and such on board, but has also an HDMI-I2S-input, see post before..(the board itself is also from „SMP CB“ (like „our“ green-ones)) 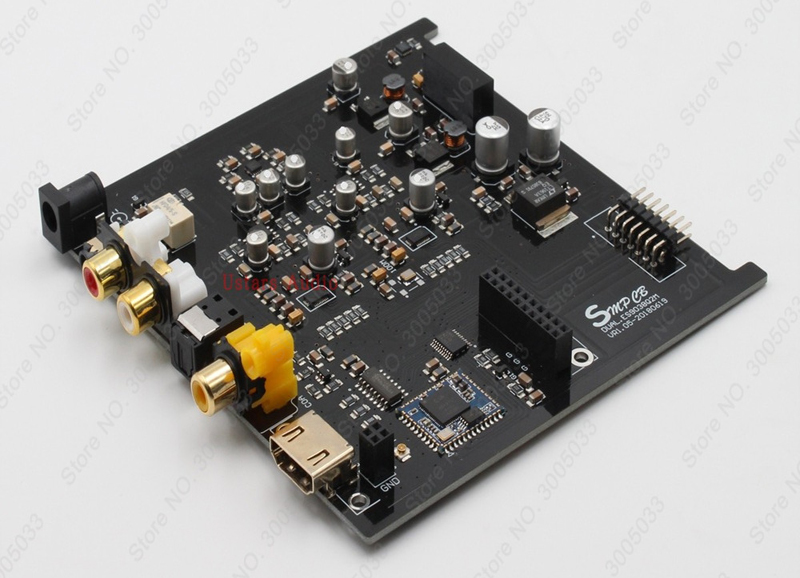 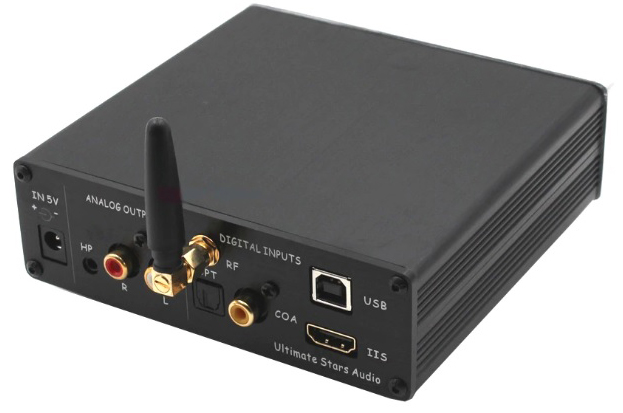 by that, and thats most important, someone over at the diyaudio.com-forum „DID IT“ 😉 , means software-control on some internal register, HW-Vol, DPLL-settings and so on / unbelievable !!..

i dont want to write here too much about it (NDA and such), just head over to the forum->https://www.diyaudio.com/forums/digital-line-level/314935-es9038q2m-board-338.html and u will be absolutely fascinated !!

more to come, merry christmas and many greets for now !! 😉

so, 😉
in waiting/looking for a toroidal 15V-0-15V transformer and the right case and thinking about the „maximum“ 😉 DIY-DAC + connections i came back again to some HDMI I2S LVDS to I2S-connections/modules.. 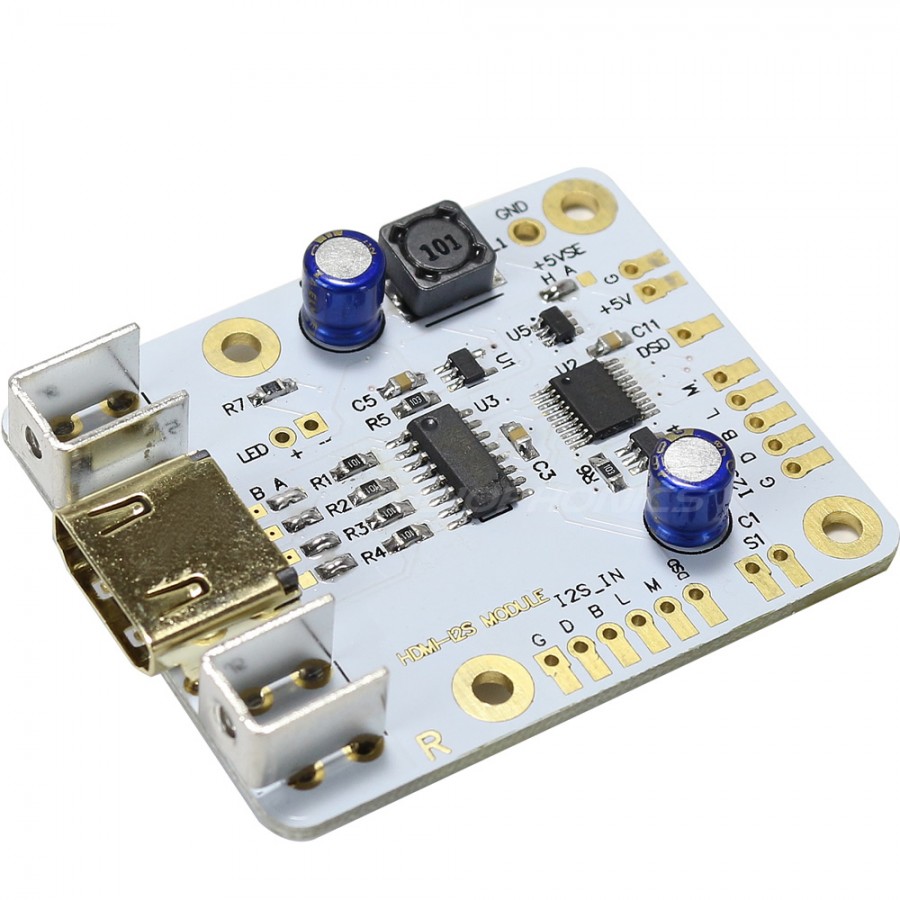 Audiophonics has some there (25€+shipping)->https://www.audiophonics.fr/en/diy-interfaces/hdmi-i2s-lvds-to-i2s-input-module-hdmi-i2s-lvds-to-i2s-output-p-12422.html (u can get the same here for 21$ without shipping (costs)->https://www.ebay.com/itm/New-HDMI-to-IIS-I2S-Receiver-Board-Conversion-Board-Module-With-I2S-Switching-/332651861540
interesting by this „Audiophonics“-module is the selectable dual-I2S-input option -> 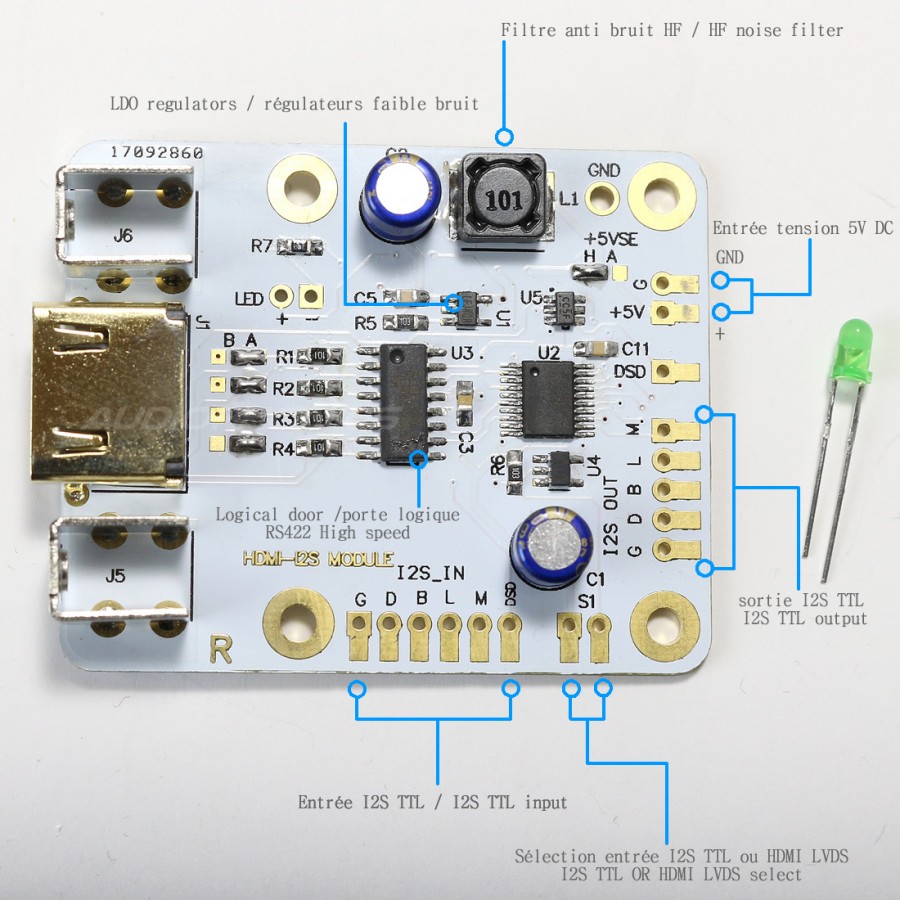 (u can get single „ones“ here for 15$->https://www.audiophonics.fr/en/diy-interfaces/interface-module-hdmi-lvds-input-to-i2s-p-12683.html?search_query=hdmi%20i2s&fast_search=fs) 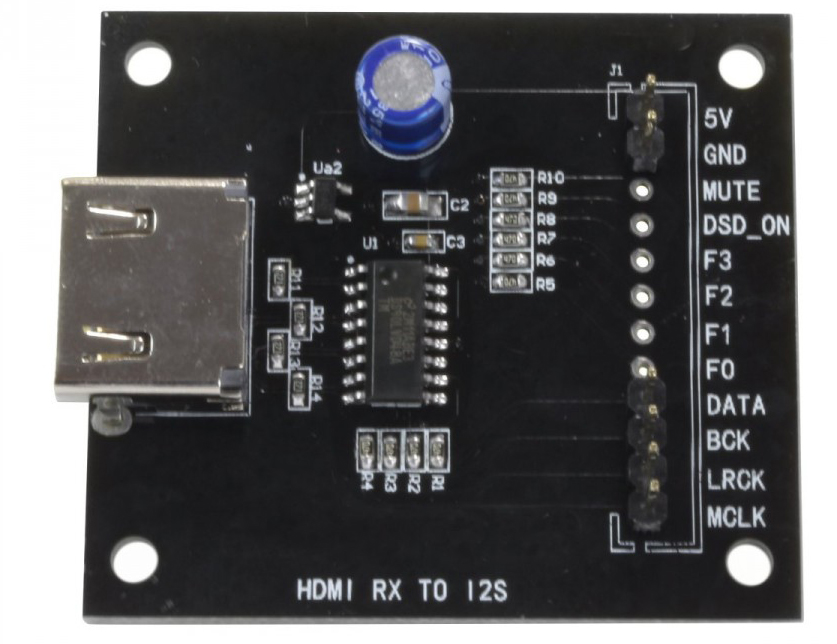 meanwhile i think u have to include such a „I2S-HDMI“-option because we got more and more USB-bridges with I2S-HDMI-out like the Gustard U-16 (see some earlier posts, LINK ) or some Singxer SU-1 for example..

Audio-GD also made equipment with this connection and interesting would be if it has great benefits in modding a „transporter“ means CD/DVD-Audio/Bluray-player and so on to bypass the spdif-connection/conversion and directly connect the transporters internal I2S-connection to an I2S-HDMI output module like this:(Link) 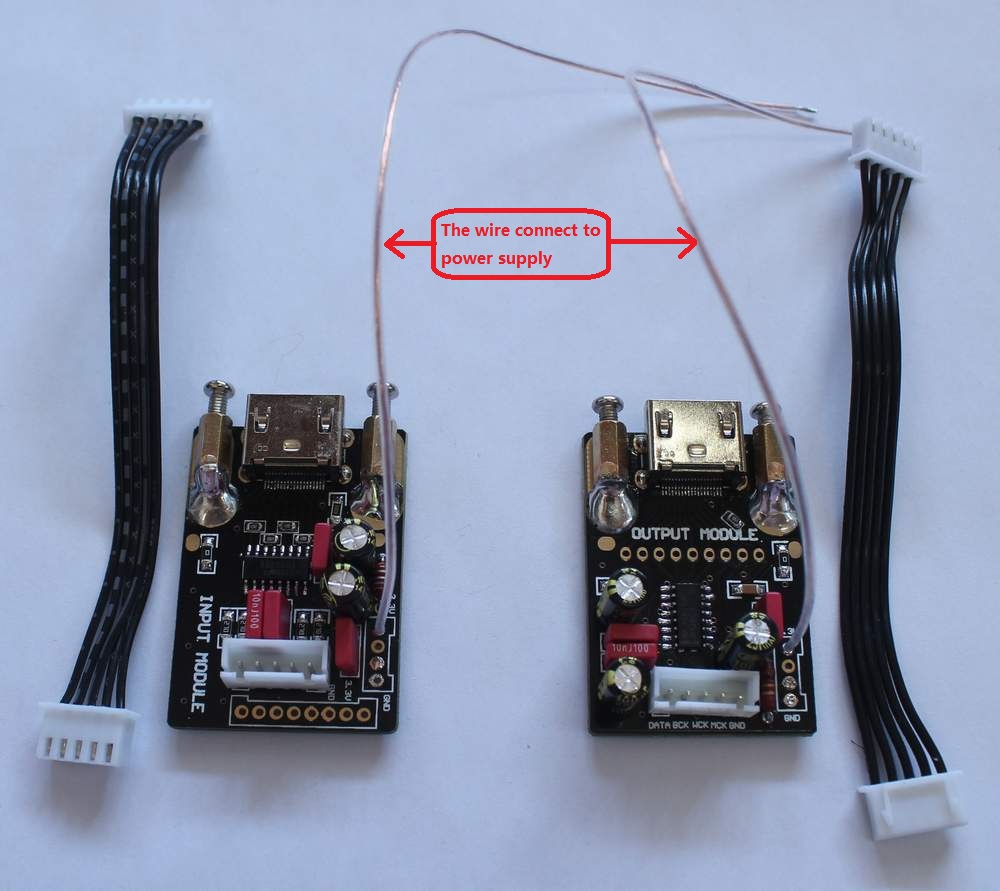 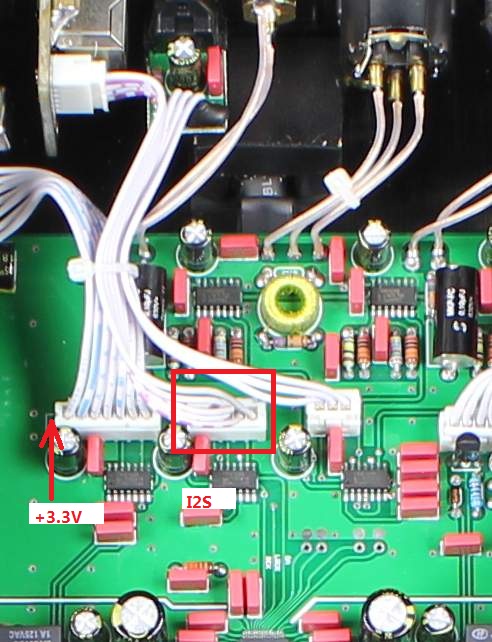 by that it is recommend only to use (hdmi-)cable shorter than 50cm->“..which needs to be kept as short as possible to uphold decent signal integrity“..
Kitsune for example has some there also by only 30cm (as example)(9,90$)->LINK 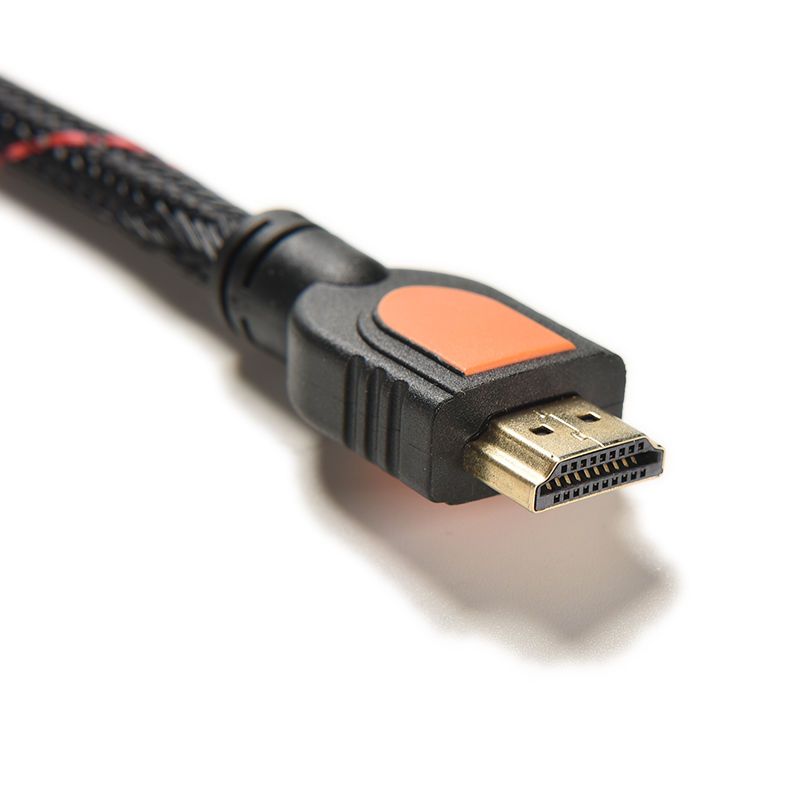 by that, i´ve faced some incompatilibity issues with the XMOS-USB-driver V4.45 (on my Skysong (Singxer)-USB-bridge) since the last Win10-updates (stuttering); reverted back to V4.36 (but still not „optimal“)..(link to the driver in the forum->Forum)

also i´ve got some new (Geekcreit Doit.am Devkit V1-36pin) ESP32 from banggood (to have a spare)->Link

it looks a little bit different and i also think there´s a „fresher“ Wroom32-module on it (newer revision)..

more to come, greets for now 😉