in further „inspecting/investigating“ the DSD-I2S-line via this hdmi-extractor a few posts before->http://essabre-90xx-rpi.sfb2.com/?p=2618  i´ve just read in the ps-audio-forum (many thx to „XA777“ there !!)->https://forum.psaudio.com/t/it-works-sony-ubp-x1000es-hdmi-audio-output-to-chinese-i2s-adapter-board-to-ds-sr-i2s-input/15630/51 „..I have 2 HDMI/MHL to I2S boxes: the cheaper one from Audiophonics in France;the board inside the box mentions HDA20012 TXC1. Native DSD via I2S works with Cambridge CXU, but the board cannot input native DSD and output DOP64 via COAX or Toslink. With my Musician Pegasus DAC the DSD L/R channels over I2S are swapped compared to PCM over I2S.“->(by that,theres a „mute“ possibility) 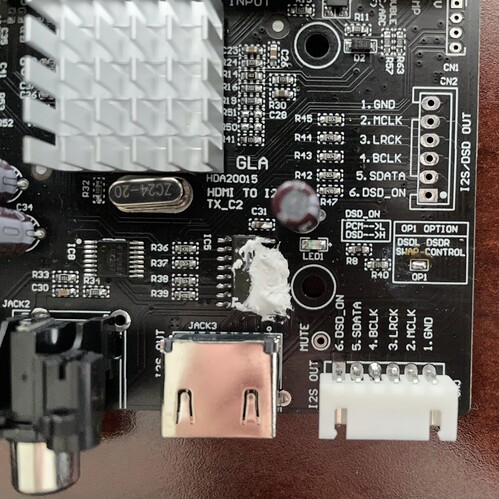 absolutely the same here..I´ve got the board from audiophonics (guess HDA20012 but in „V5“ because i have an option to swap the DSD-L/R via a jumper/soldering)-> 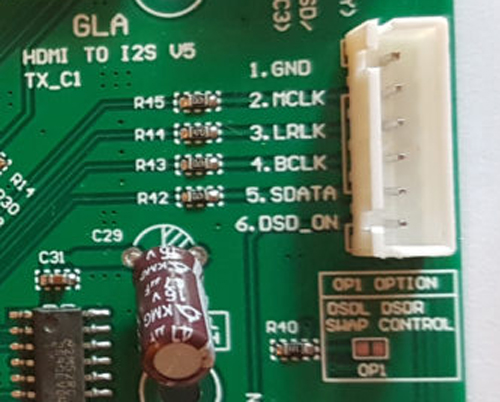 „The other box is more expensive, costs about EUR 100,–.
the board inside this box mentions HDA20027 TXC1 pro.
Native DSD via I2S works with Cambridge CXU, and there is now DSD sound/audio on coax and toslink. With my Musician Pegasus DAC the PCM and DSD L/R channels over I2S are correct..“ 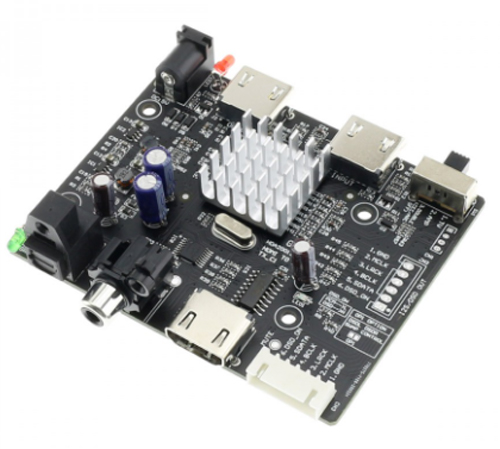 (PS.: u get often „white noise“ if the pure DSD-signal is „altered“ in some way; maybe some volume-adjustments for example;->same with „Volumio“ for example; if didn´t turn the „volume-mixer“ to „off“ (no hardware nor software-mixer) i get a heavy „white noise“ there too..so i guess my „audiophonics hdmi-extraction-board“ (HDA20012) will append something to the DSD-signal/alter it..but don´t know what + how to disable it..(or it has something to do with the „channel-swap“; will post then more about it).