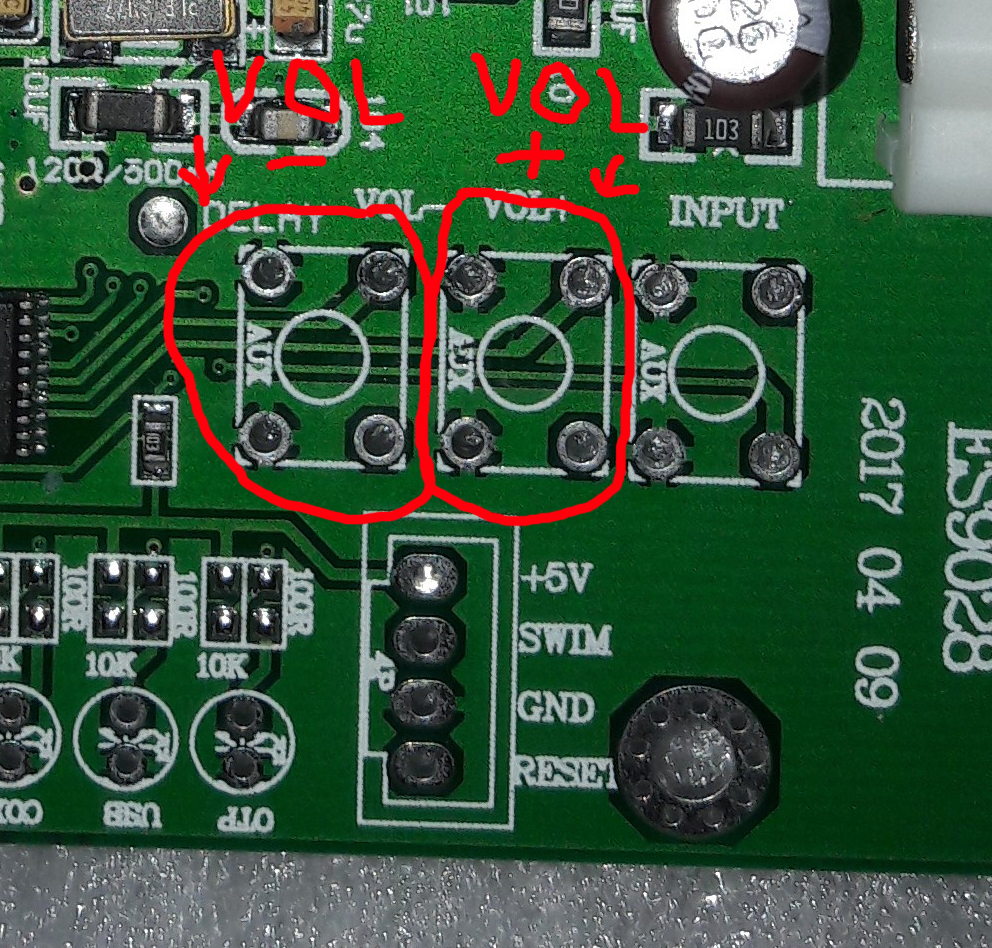 I´ve connected a 4-dip Button and i can confirm that it works !!…for the Vol+ and the Vol- square..thought the bottom (left on the picture) 4pin-square is for the FIRs (digital filter settings), but apparently not..

(PS.: and it sounds very good !! (absolute better than per software/-mixer !!))
(Edit: to be correct->its not really a HW-mixer/volume control; it only just increases the “internal” volume “in” the chip; but it has really, super interesting effects on the output; think its only a change by 40% (up and down) or so; but very interesting !!, u must try it by yourself)

so the only last 4pin square is the “input”-one..cause i have no other inputs and mainly dont know where to connect on this board, this question stays unanswered..
The LEDs on the other side (PCM and DSD) stay dark/nothing..tried a lot..
by that, maybe in future i can read out the MCU on this ES9028Q2M via the “SWIM”-interface, because the ST-LinkV2 which i actually bought could/should also be used for 8bit/this MCUs..