so, 😉
because i have here really heavy problems in playing anything above 44,1/16bit due to buffer(and/or driver)-problems (on a raspberry the ES9038Q2M works perfectly) on a Skysong (Singxer)-USB-bridge and a ES9038Q2M („Blue“) i came by chance across this Topping NX4DSD.. 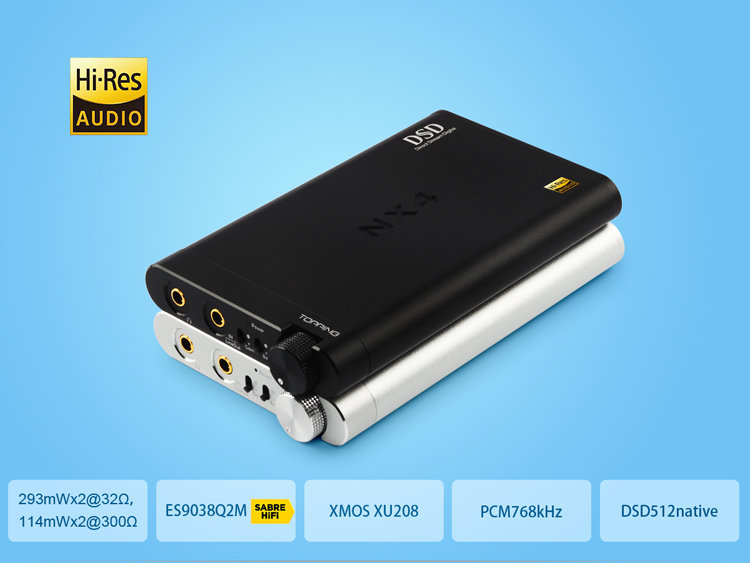 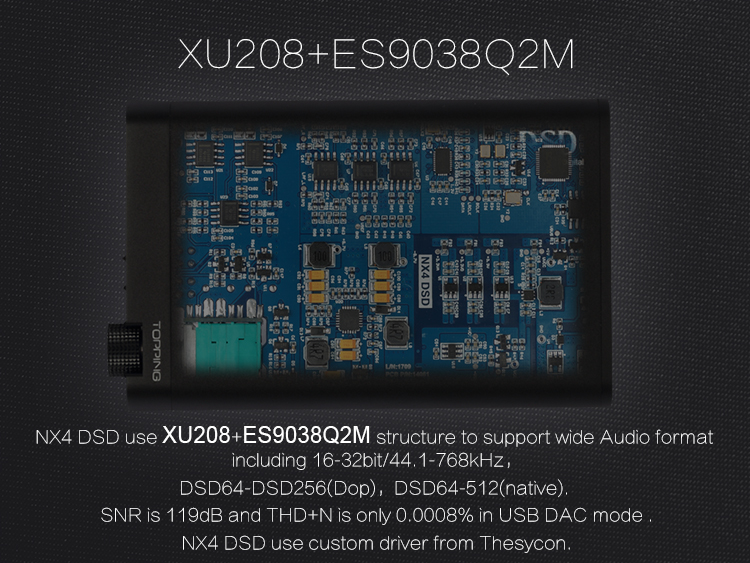 it has also a XMOS-XU-208 and a ES9038Q2M „onboard“; interesting is the specification:
„16/32bit 44,1-768khz + DSD512 (native)“ and (whats more interesting):
„NX4 DSD use costum driver from Thesycon“..
so, and thats the thing here..the „normal“ Singxer USB-Audio Driver 4.36″ does not work here satisfying with a ES9038Q2M..
2 possibilities: we get in future an update for also playing on this ES9038Q2M without problems from Singxer or we can get some custom made Theyscon driver which matches „our“ Skysong-Bridge+the ES9038Q2M..(any help here is really appreciated !!)
i´ve anyway attached here (and in the forum) the original Topping NX4DSD driver+manuals, which were btw. very interesting in setting up JRiver for perfect bitstreaming..(u have to use completely the ASIO-driver/interface..))
the Topping NX4DSD driver/manuals is the version V4.14..->NX4 DSD Manual and Driver V4.14->http://essabre-90xx-rpi.sfb2.com/forum/showthread.php?tid=22

okay, 😉
today the „Blue“->LINK ES9038Q2M arrived; first impressions:
the pcb is much more light (in weight) than the ones before.. 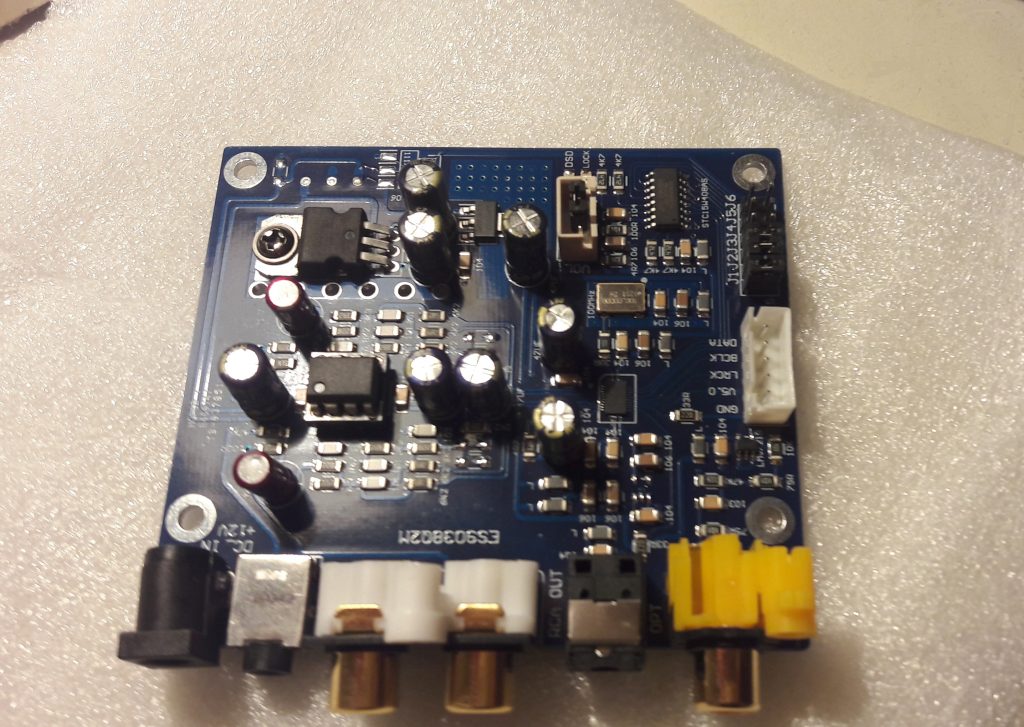 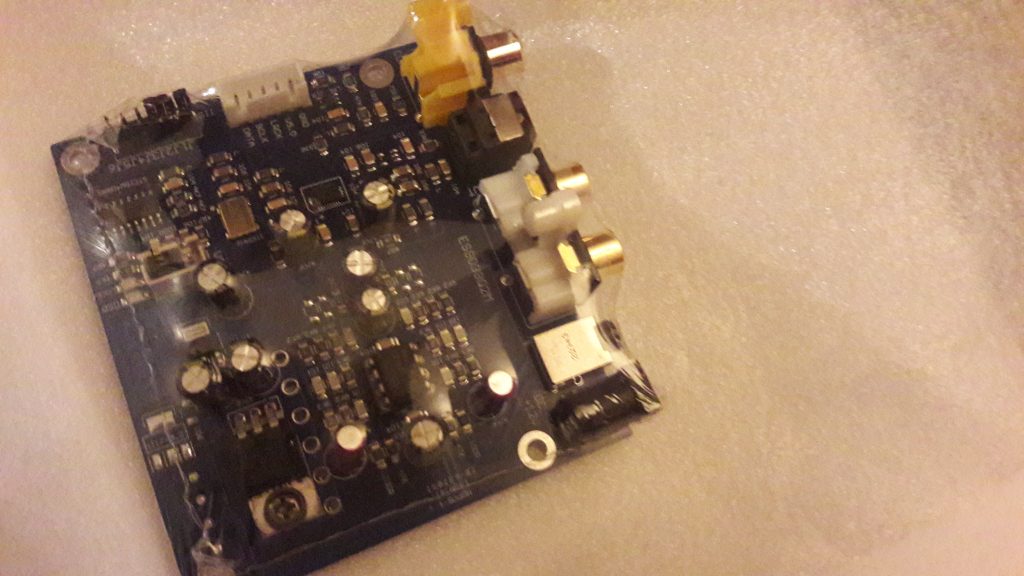 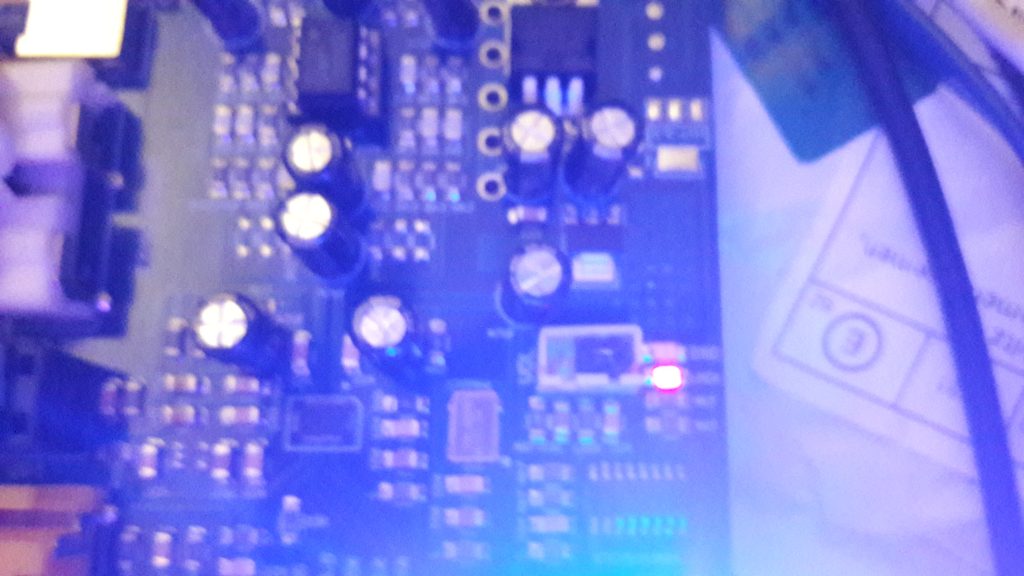 first musical impressions were:
wider soundstage..heavy „lock“-problems with the Skysong-XMOS-USB-bridge (guess its a firmware/driver issue (had to wait for an update or so); i use here right now a Samsung BluRay-player directly via coax), but absolutely more „pop“-tune, by far not so analytic, spacious, also very „flat“, cries really out for a „Muses02“ OP-Amp..
there is absolutely something missing->guess it really needs its 15V..(this one is only with the 12V-plug)(but i could feed it maybe also with 15V->have to check/ask the seller)
have immediately changed to „Muses02“; which i normally don´t do in fresh, new hifi-gear..(1-2 days „play in“-time)..
the HW-control with a 10k pot was also not so promising as expected..
i didnt test the 7 different filter; maybe the „devil“ is there..
also it could be the pcb (and the soldered components itself); don´t know it at present->more to come..
Conclusion for now (and dont forget, this is „whining on a high level“ 😉 ):
more „pop-sound“ (originally the ES9038Q2M is/was made for handys/portables), not so analytic, spacious, needs apparently its 15V (+/-), cries out for another Op-Amp (Muses02 here), didnt test the filter right know; maybe its also the quality of the pcb/components..)(but that are only the first impressions, can change without notice 😉 )

(Update 2: so, got halfway at least a fairly accurate sound..(its not sooo bad/but for me it still sounds like plate/sheet 😉 )). This ES9038Q2M is very good with a Raspberry (via I2S); no clicks/pops/distortions anymore..very easy !! i use here now DietPi V6.0->tried „sabre-k2m“; didnt work..“hifiberry-dac“+“rpi-dac“ works without any problems (but only up to 24/192; as said, „our old problem“; need modified kernel..)
as said, on a pi now very easy to handle, no clicks/pops etc..sounds very well but not soo „HiFi“ as with the ES9018/28..somehow less distorted/cleaner in a way, but not so transparent/spacious as the „old“-sabres..could be a problem with the pcb/components on it..but for normal user this ES9038Q2M should be enough 😉
(by that for me DietPi V6.0 is at present much better/cleaner than Moode V4..its much „nearer“ to the original recording; with this Dietpi u can fairly begin to work it out/fine tune))

(Update 1: (Win+Skysong USB-bridge)absolute no comparison to my „old“ ES9018K2M+ES9028Q2M->they sound really much better, absolutely more Hifi; dont know what the main reason could be; maybe the pcb+the components; absolut „platy“; sounds like sheet/plate..
(Raspberry I2S Moode 4.0 („hifiberry-dac“)); sounds really better on a raspberry !! absolutely easy to use; no more such horrible clicks/pops changing files/bitrates..as made for it 😉 ->used the hifiberry-dac „overlay“->absolut no problems up to 192/24bit, but no more (our „old“ problem..) try to use some other overlays meanwhile..
settings->“Audiophonics ES9028 DAC“ works too (in Moode V4->but only up to 192/24) 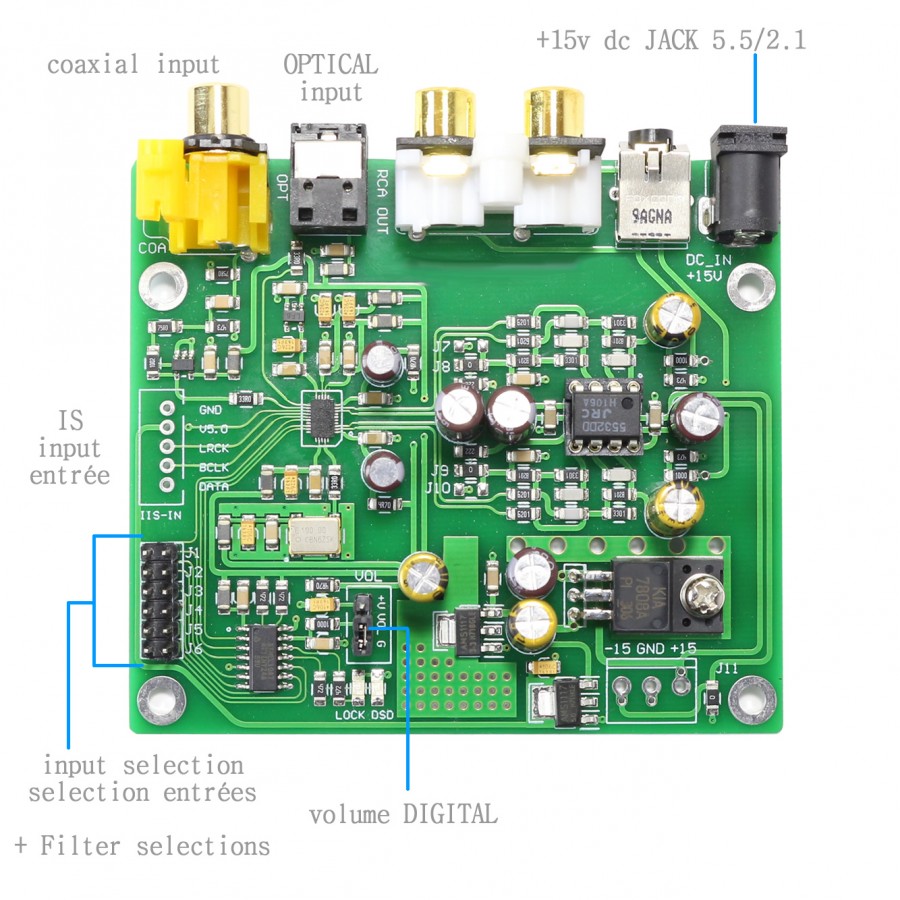 by that there are also some pics with more technical details..(and as said, these „solder/unsolder“-thing) 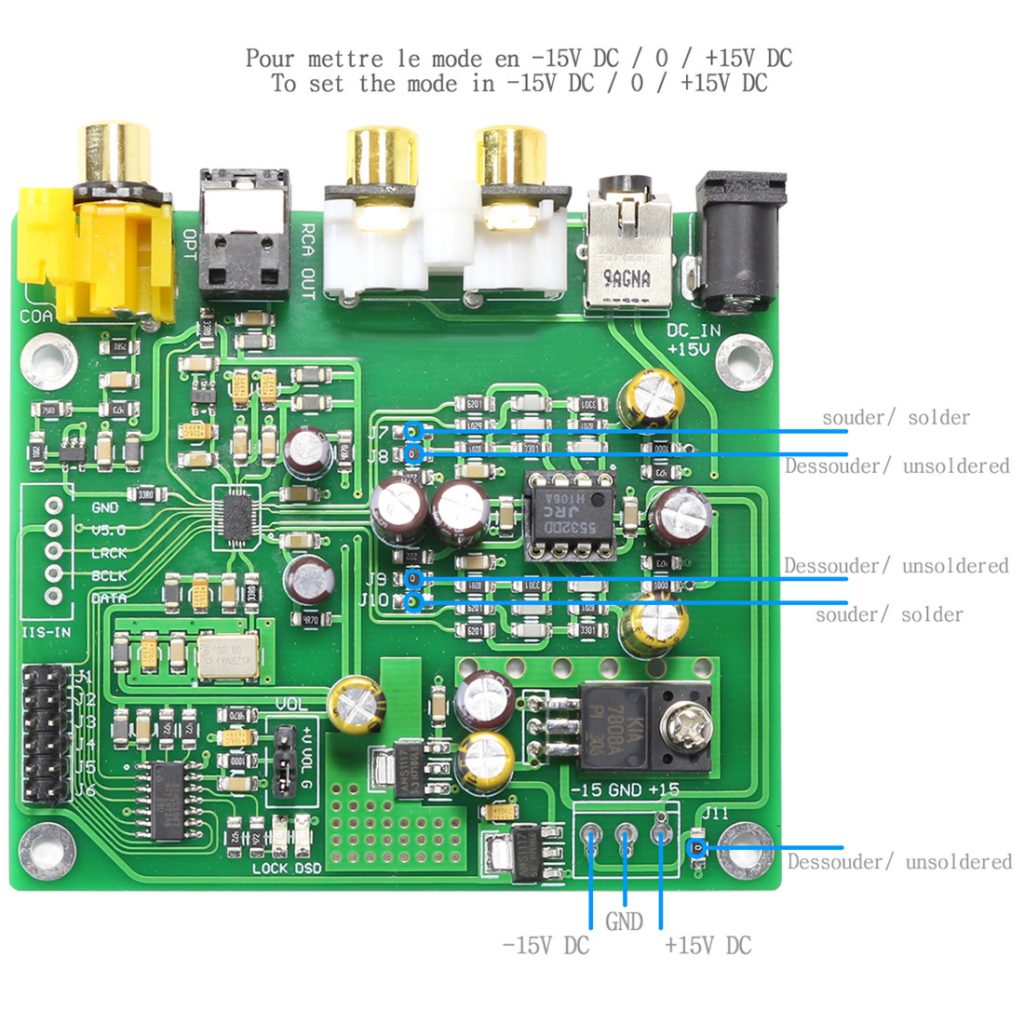 by that, Audiophonics has also a toroidal transformer „Transformer Toric 30VA 2x15V“ (LINK) on sale for only 17,90€ which seems to be ideal for our ES9038Q2M-boards..
(and a wonderful „wiring/installation“-tutorial/pictures for these torodial-transformer->http://forum.audiophonics.fr/viewtopic.php?t=389) 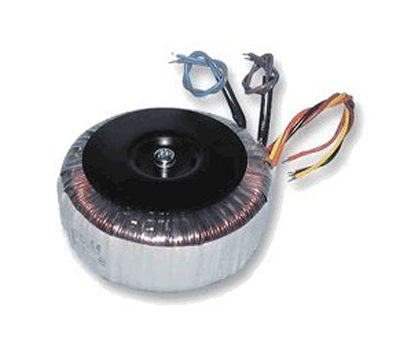 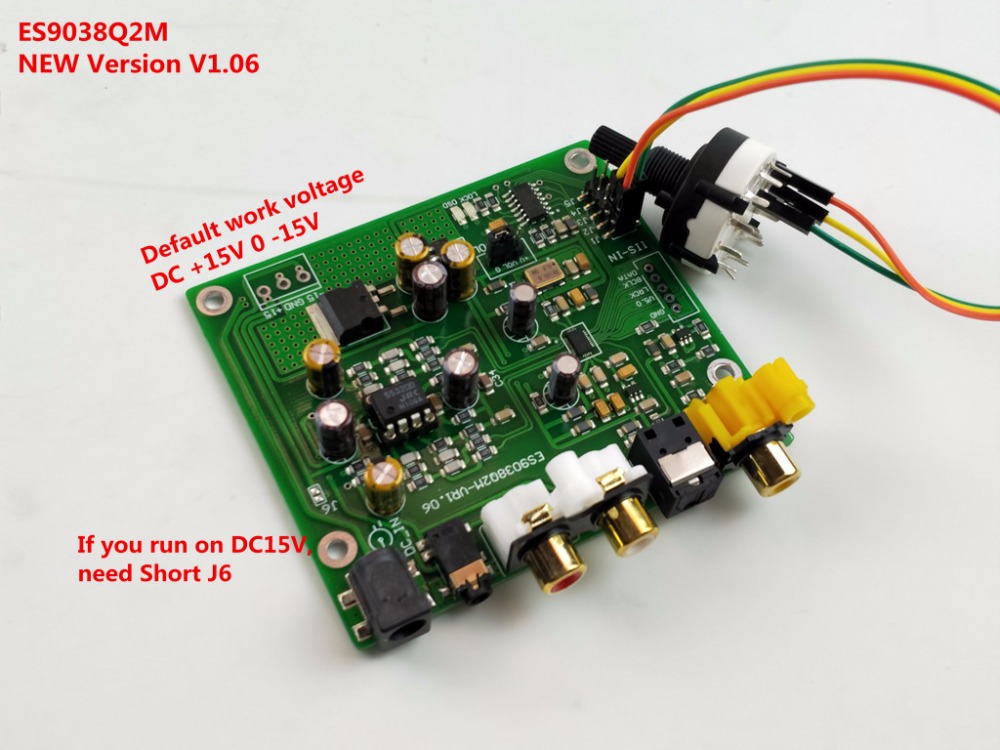 they assembled also a DC-plug (here +15V DC) to it.. (to use it you have to short/solder J6 (is left above the plug from this view))
but the default voltage stays at DC +15V 0 -15V and u can still connect it directly to the board->“* It is recommended to use dual DC+-15V power supply to play board best results„ 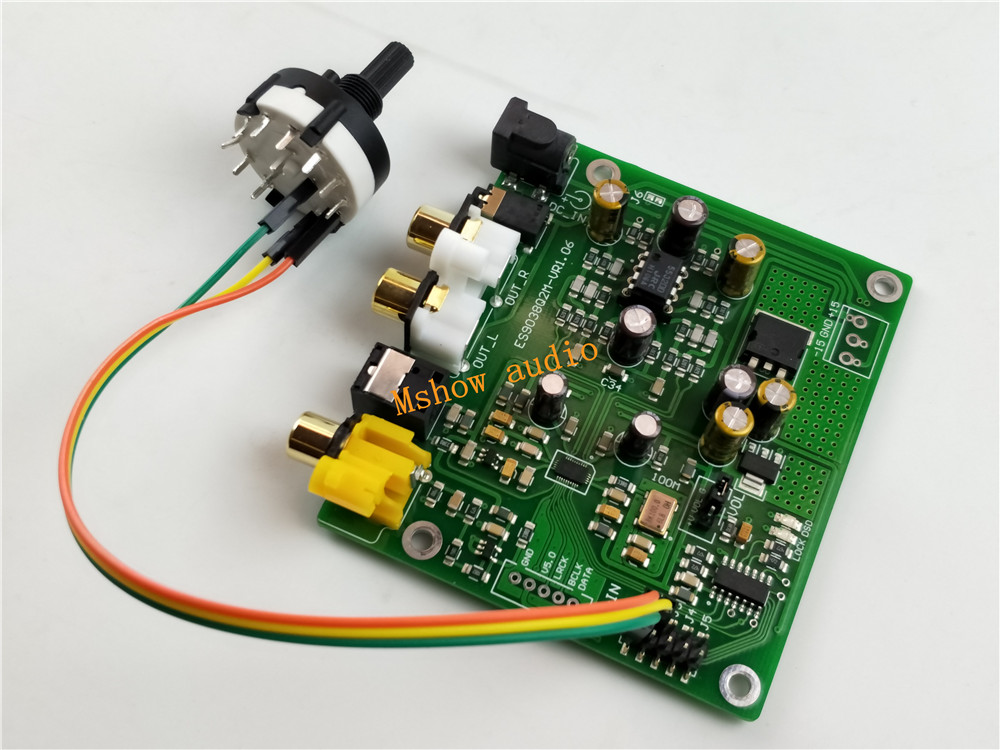 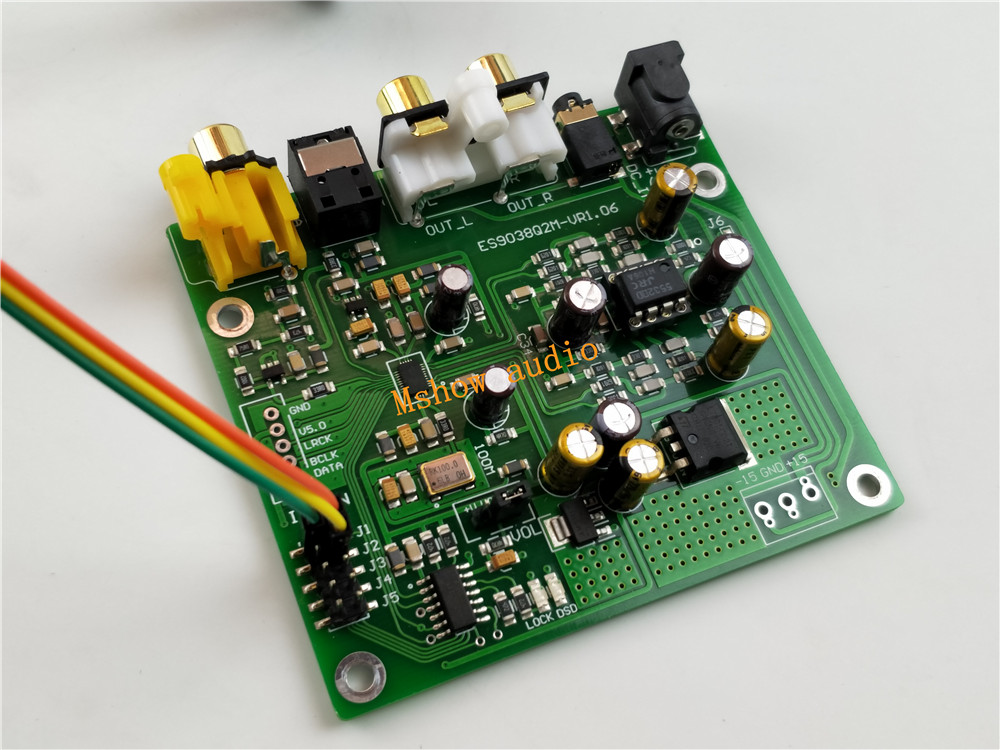 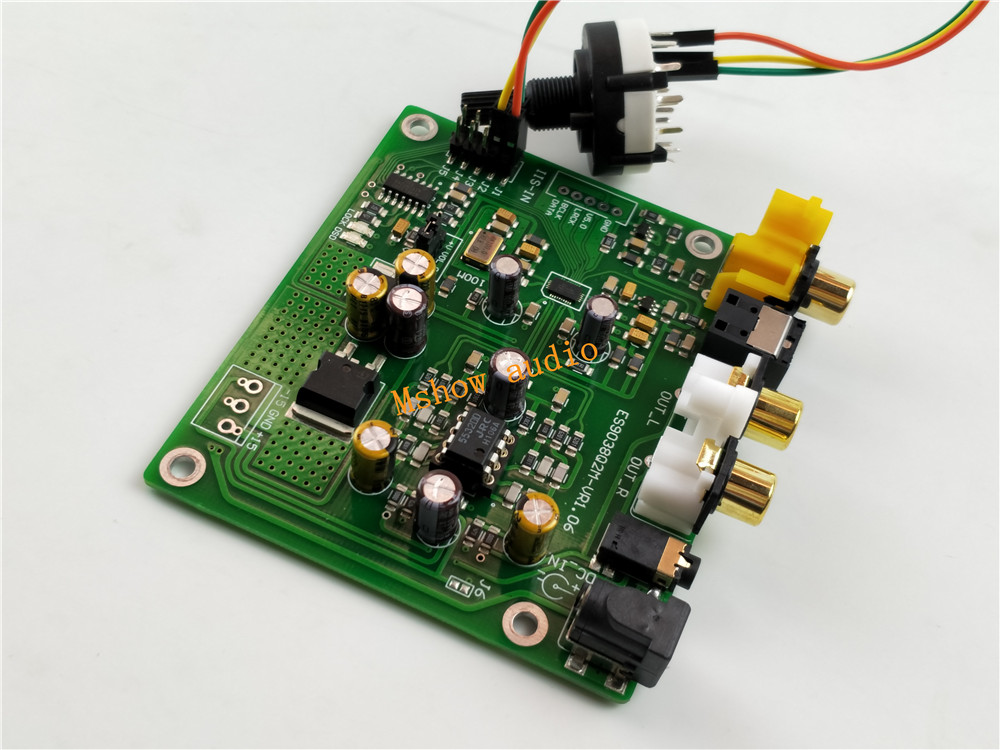 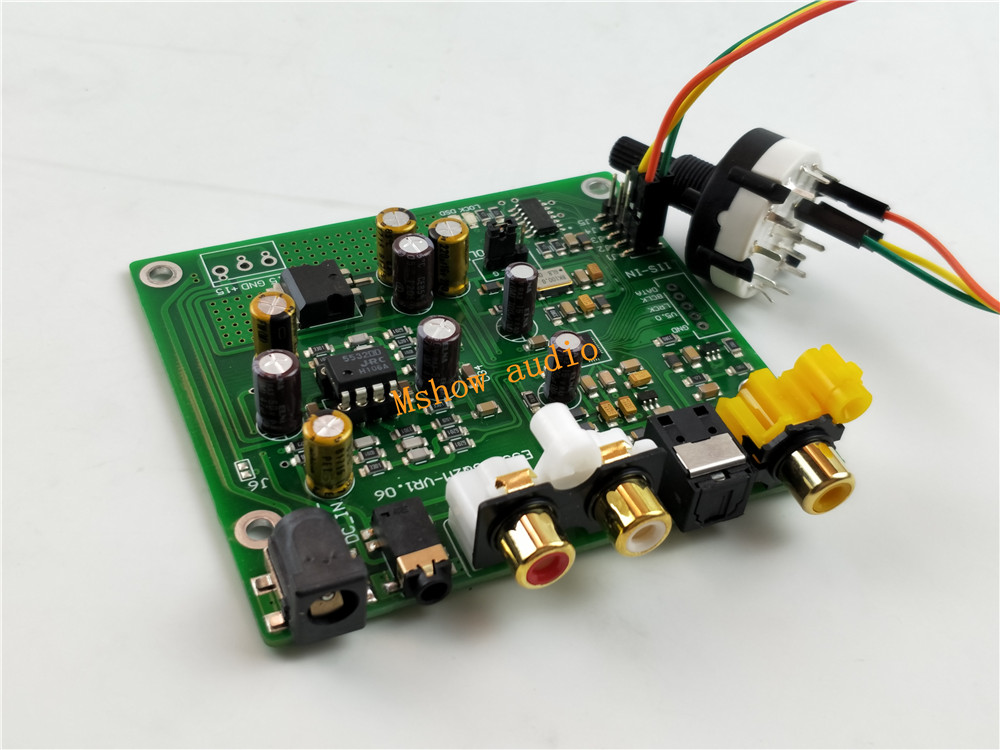 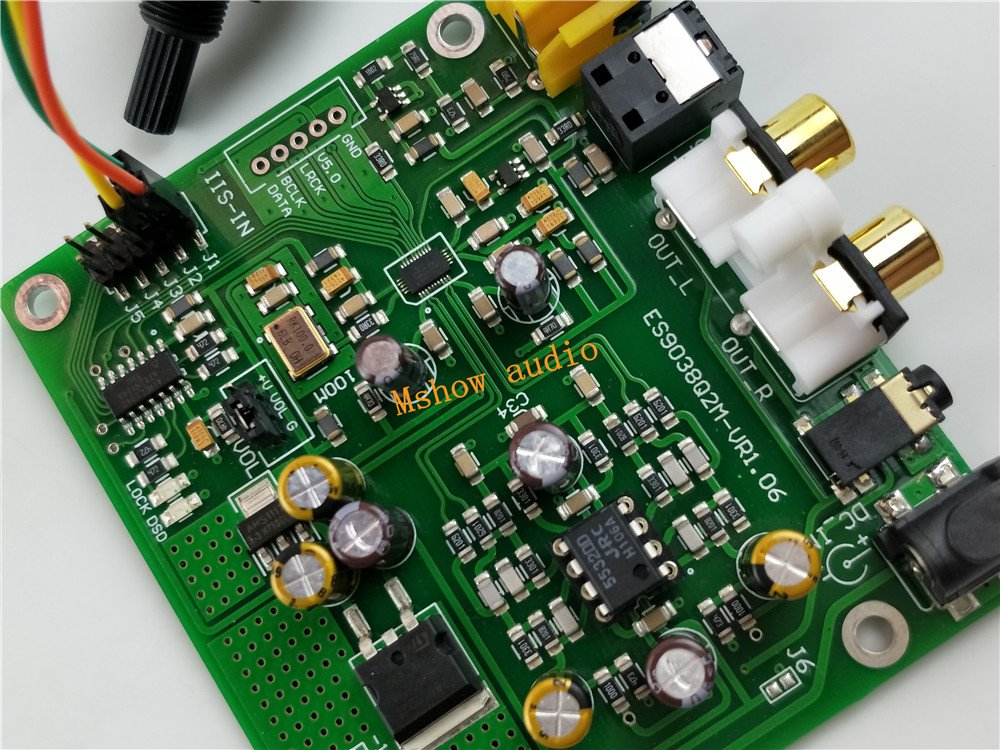 the other difference i first saw that the 3pin-header (Volume) moved from „horizontal“ to „vertical“ (or vice versa)..The jumper row is now down to 5->

(maybe some other user can us tell the other differences in future)..
looks very nice 😉 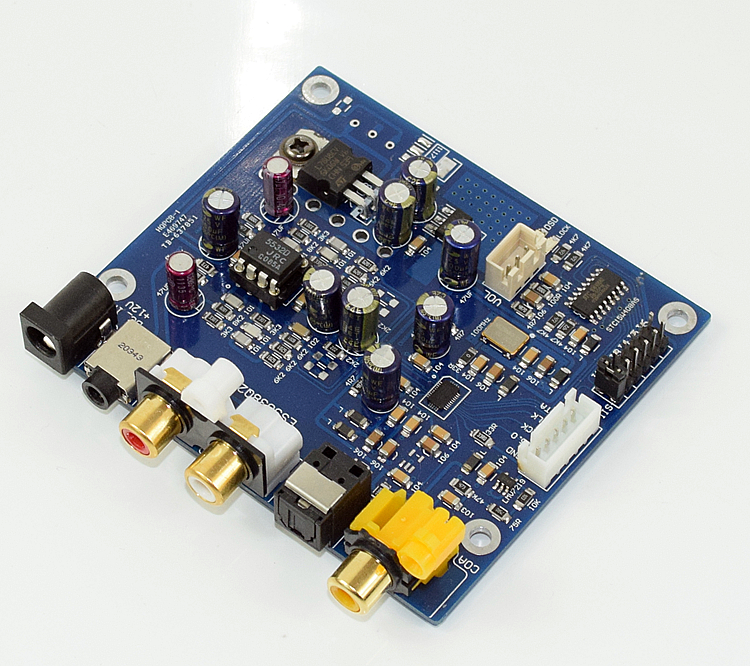 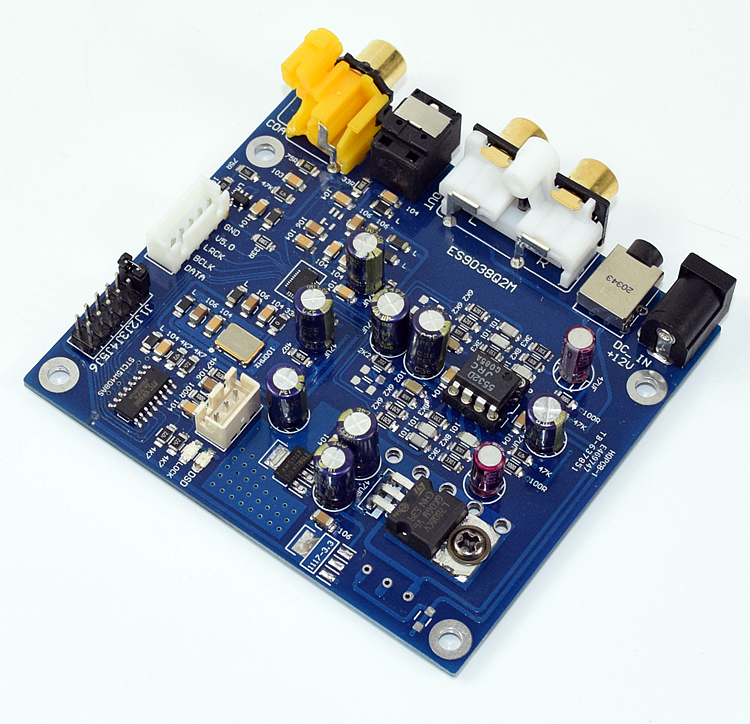 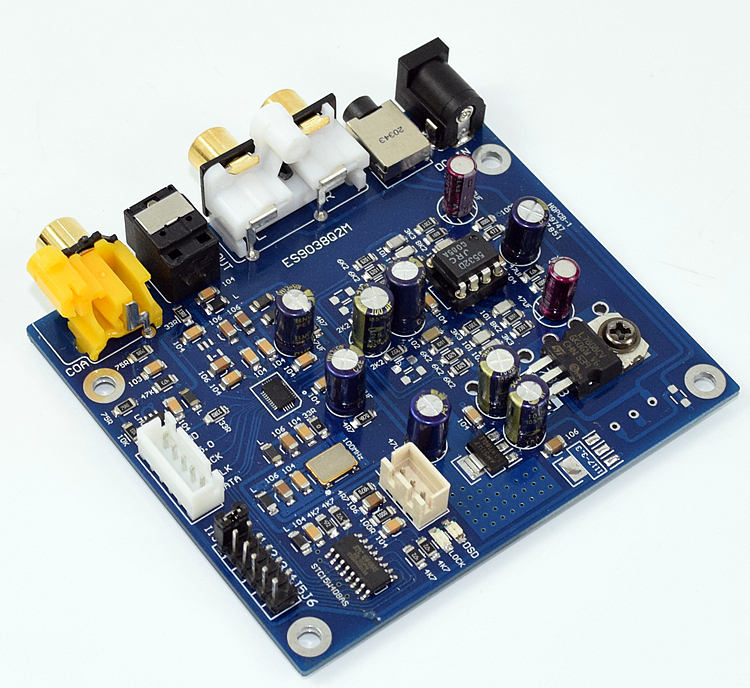 and so, because i had great problems/was not possible to order from TaoBao direct, i got today a free 8$ coupon from yoybuy.com..checked it now for the first time and will then report here any info.. 😉

so, 😉
many thx to „Blackbear“ over at the Diyaudio.com-forum http://www.diyaudio.com/forums/digital-line-level/314935-es9038q2m-board-10.html
and because of min. 80% !! of the visitors here on the blog a searching for ES9038Q2M-related info, here are some results on his „research“:
In MoodeV4Beta on Dietpi he uses the „Audiophonics ES9028Q2M„-audio-settings..(for the ES9038Q2M)

„..Hello, in dietpi i had selected no driver = just left rpi-2835 (I left it without change after installation…), but in moode driver selection i choosed audiophonics 9028q2m, so it is strange that Moode takes control over dietpi driver (now I am thinking about it…) ? but it works, also tried to switch in dietpi config onto i-sabre-2km driver then restart and no sound so then i had to go into moode driver and to select audiophoincs 9028q2m, tehn reboot and it works again…strange..“ 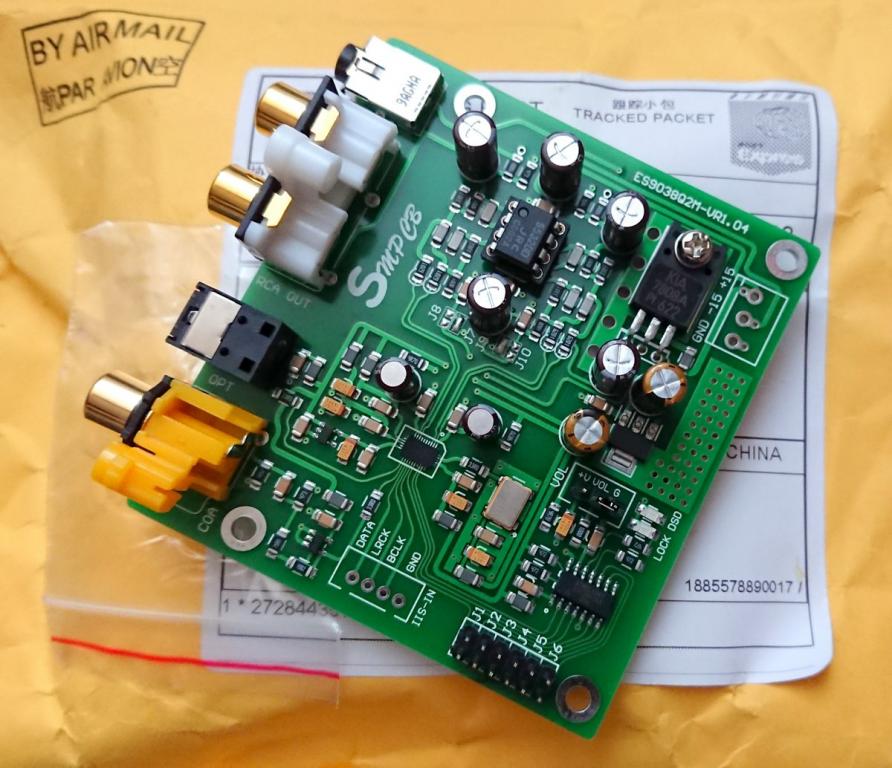 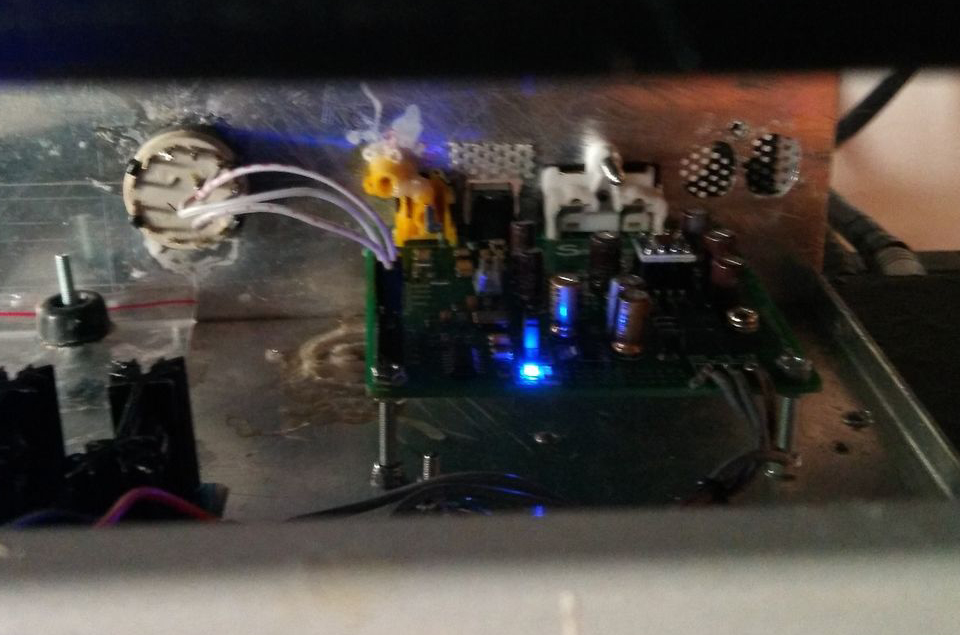 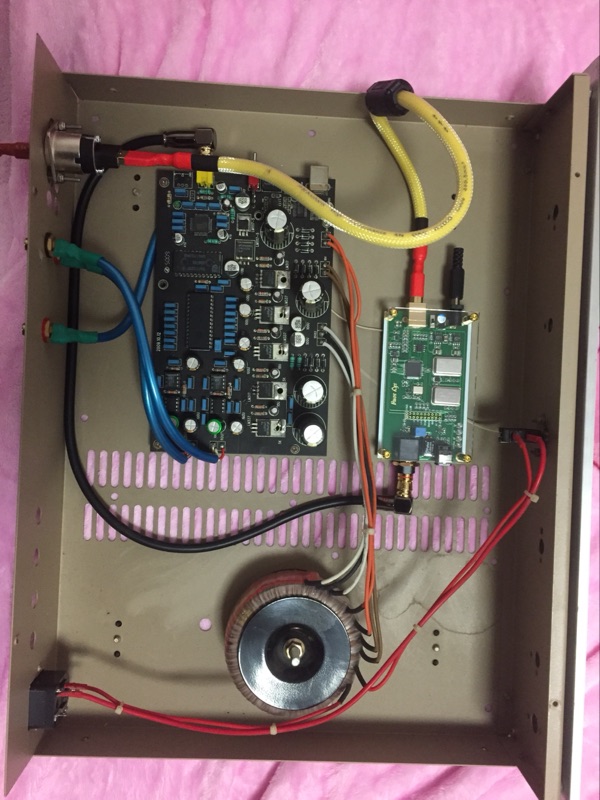 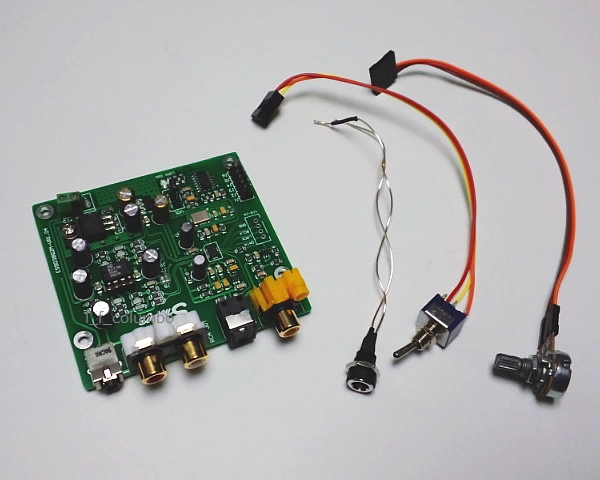 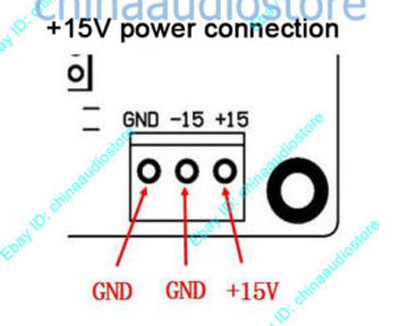